Anti Obesity Peptide
Let’s begin your life long learning about this ‘Anti Obesity’ peptide. AOD 9604 or more commonly known as the fat-burning peptide, has been helping people fight off fat. This peptide was initially created as a remedy for obesity, that has recently had an increase of fame because of its natural ability to become a slimming solution. AOD 9064 helps you burn fat and helps your body increase its weight loss. For sure, you’re on the road to getting skinny on this one. 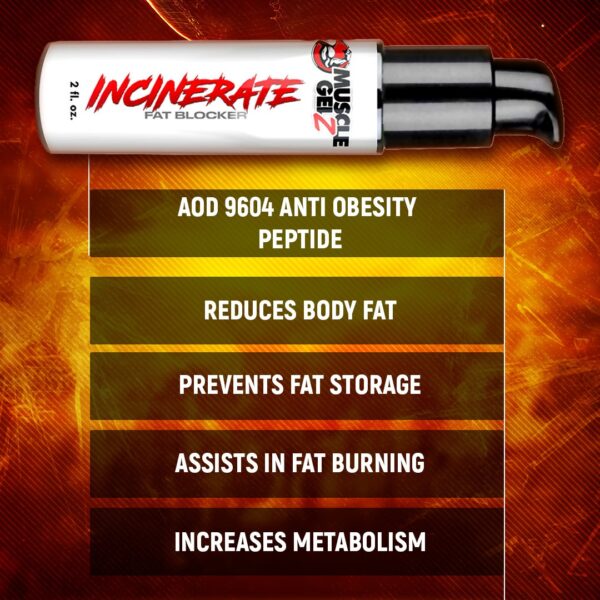 CLINICAL RESEARCH ON AOD 9604
According to countless researches, Peptide AOD 9604 has shown to reduce body fat located in the mid-abdominal area of people who are considered to be obese, overweight or even those with average body structures.
Even researchers from Monash University have discovered how the fat-reducing effects are evident in Peptide AOD 9604. The development was initially from Frank Ng in the 1990’s. The researchers from Monash University have discovered that the effects of AOD 9604 are controlled by the small region at the end of the GH molecule. This region, which consists of the amino acids 176-191, is less than 10% of the GH Molecule’s total size. Why did the research begin in the first place? Initially, the main intention was really to be able to find an anti-obesity drug to help burn fats in the body, making sure that no muscles would be built up along the process.

According to clinical research AOD 9604 has been found to:

And decreases the growth of new fat that surrounds the fat cells, which helps the body gain more significant weight loss. And take note, all these effects do not harm your appetite nor your blood sugar. Peptide AOD 9604 has also been seen to help bone and cartilage repair, osteoarthritis, and even hypercholesterolemia. The research hypothesis was proven in animals since the peptide had a significant impact on fat loss. At the present time AOD 9604 is known to have an excellent safety profile and also just recently obtained the Human GRAS status in the USA.

MORE RESEARCH ON AOD 9604
A research study was done to study on the tolerability of AOD 9604 to the human body. The human growth hormone (hGH) is known to have fat loss properties, which make AOD 9604 work perfectly. AOD 9604 is a peptide fragment of the C-terminus of hGH, which submits to the fat reducing activity of hGH without showing any adverse effects. About the method of doing more research on AOD 9604, six randomized, double-blind, placebo-controlled trials were performed with AOD 9604. The particular focus on this research was to study the undesired effects that are connected with hGH treatment, which increase insulin, resistance, and impaired glucose tolerance. Blood samples were then analyzed to check the presence of anti-AOD 9604 antibodies. AOD 9604 was found out not to have any effect on carbohydrate metabolism. There were no anti-AOD 9604 antibodies detected in any of the patients selected for the study. In conclusion, AOD 9604 was seen to have sound, safe and tolerable effects,

For best results apply 4 pumps once daily to the upper arms, shoulders/traps, thighs or abdominal areas. Ensure the areas are clean and free from excessive hair, avoid showering or swimming for at least 8 hours after application. At a full dose of 8 pumps daily a bottle will last approximately 16 days, at a half dose daily of 4 pumps a bottle will last approximately 32 days.